The Whole Earth Catalog and the art of commoning

I’d first become aware of Natascha Hagenbeek when she was giving a talk at 'A City Made by People' event in 2019. Meeting her properly again on a sunny afternoon recently, I had come to learn more about her commons project and garden space ‘I can change the world with my two hands’ (I can change).

I was first led through a dark, dusty space with a few shelves and a table scattered with books and paraphernalia – into the beating heart of I can change, its garden. Open, green and fresh, it was inviting. But something caught my attention back on that table – a large, retro looking book with a black and white printed cover.

I wanted to meet with Natascha to learn more about the garden, and how it impacted the local community when it first began in 2011. But as she began to share her inspiration for I can change, I realised that I wanted to tell that story instead.

Find your place in space

She took me back to the printed paper, which I saw this time was titled “Whole Earth Catalog”. A July edition, and in the top right, “$1” and at the bottom, “find your place in space.” Next to it, lies a heftier looking copy titled, “The Updated Last Whole Earth Catalog – access to tools”. This one cost $5, and it noted in the bottom right, “all listings accurate as of May 1979.” There were post-its stuck in this one to mark various pages – which, at first glance, were not unlike those of an encyclopaedia. On a side note – if you think this simple design and font is as brilliant as I do, search for some of the other (better) covers.

“The whole I can change project was inspired by the American counterculture movement that the Whole Earth Catalog represents,” Natascha tells me.

I had to do my research on this one, on account of not being around in the 60’s or 70’s when the Catalog was first published. Wikipedia provides a fair chunk of information so I started there and delved down a rabbit hole I won't completely relay here. Created and published by American biologist, author and business owner Stewart Brand (interesting, industrious guy, worth looking up) from 1968 to 1972, WEC focused on “self-sufficiency, ecology, alternative education, DIY and holism."

Its mantra of sorts, “access to tools” referred to the wealth of information offered on all sorts of products, like clothing, books, tools, machines, seeds – but it wasn’t about selling. Rather, the vendor’s contact details were included, with a review, aiding readers to follow up on the product as needed.

WEC partly inspired a counterculture movement – particularly with those seeking a lifestyle driven by their own knowledge and skills, where they would be empowered and self-sufficient.

An item could be listed in the WEC if it was deemed: 1. Useful as a tool

A change is coming

An artist and a trend researcher focused on energy, food and community, Natascha felt a change coming in 2011, when she began the project.

What inspired you to create I can change the world with my two hands?

“I felt that people were longing to be more self-sufficient again. To make their own lives and choices, to have autonomy. And the concept of the Whole Earth Catalog was in the back of my mind.”

“And, I was inspired by New York – that’s where I’d gotten the idea of community and edible gardens. And as both an artist and a trend researcher, I thought that it was a concept that would come back.”

“Urban farming wasn’t big in Amsterdam in 2011. So, as I was working with the municipality at the time, I initially had to convince them that this would be an upcoming trend.

“And when we started, this was a playground with sand, tiles, and a swimming pool. They didn’t want to give it to us to create the garden, so initially the plan was that I’d just have the space until they decided what else to do with it. So we never made a design, we just did it. We just started with wheelbarrows you know, and it really grew organically.”

How did the project develop over time?

“Initially my idea was to have an urban farm and farm shop. At first to sort of sell the garden produce in the shop. But before I made that, it was just in a tiny neighbourhood street. Then this space became available,” she gestures.

“But we had to pay rent, so I began selling tools as well. Not just produce. Inspired by the counterculture movement of the Catalog, the shop was called ‘access to tools’.

“In the 70s in America the Catalog was very popular. I mean, there was no Google. You had to go to the library and hope there was an interesting book. So the catalog sort of brought that knowledge together to support people to be able to make their own choices. For autonomy.”

The concept, garden and store grew slowly. Offering information, opinions and a school of thought for a certain “practical intellectual” looking to be more self-sufficient. Then in 2014, I can change set up an education garden with beds each describing different ways of gardening, and offered hands on, educational experiences and information to develop gardening skills among others.

The space has transformed a great deal since. A flourishing oasis of flowers and vegetables hidden away in that very Netherlands way, only viewable by those who occupy the apartment building it sits in the middle of. There’s a pretty serious composting system in place now too, that garden bed holders have learnt to tend to, and that locals can contribute their food waste into. The store has since closed, and now there’s a garden cafe open on Saturday’s – where some grown produce is used.

In the midst of a global pandemic, I couldn’t help but see the parallels between Natascha’s then thought – that people were longing again for self-sufficiency – and the current mindset of so many around me. Starting to grow gardens, bake bread, pickle their own vegetables. Finding ways to create, connect and explore more slowly and purposefully. Even if a lot of that was driven by a sudden lockdown on life as we know it, it feels as though the better part of 2020 has been a time of reflection, learning and refocusing for many I've spoken to.

And beyond 2020 and the Coronavirus, at least to me, it’s felt like there’s a collective desire to slow down and live more mindfully. A call to find new (or old), different or better ways of living and engaging with our planet. And to question and hold accountable those who wield the most power or try to call the shots.

A way of thinking that again parallels an outtake around the catalog’s purpose.

“So far, remotely done power and glory - as via government, big business, formal education, church - has succeeded to the point where gross defects obscure actual gains. In response to this dilemma and to these gains. A realm of intimate, personal power is developing—power of the individual to conduct his own education, find his own inspiration, shape his own environment, and share his adventure with whoever is interested.”

I asked Natascha what she thought about the shift now and then.

“There’s definitely has been a movement to slow down."

“And now, people are baking more and planting more, yes. But I see it more as a sort of forced resurgence. I don’t know how much it will stay. Because right now people have more time.

"Usually with trends, the whole thing is that there is an industrial revolution, which sort of...scares you. And you want to go back to nostalgic things, get a grip, get control.

"For example, now that food is going through a phase of technical developments...some people will long for something that is slow and natural, where they know what is in their food. That is starting to happen."

"When Corona started, I was very happy that I knew how to grow my own food and knew I had a lot of seeds. And I felt like, shit, I should have made sure I was more self-sufficient with solar panels and all...this feeling of wanting to be more independent.

"And now, as we move out the other side of Corona and things start to ease, I already feel less of a need to do that. And this will happen for other people as well."

I definitely felt this myself. I started growing more herbs and tomatoes on my tiny balcony, and baking sourdough like half the nation appeared to. And as life and work opened up again, I have found my flour sitting there for much longer stints between baking days.

So regardless of the pandemic, do you think a slow or food conscious trend will continue?

“Yes. And we already have the vegan movement for example. When I had my first child, there was no book in Dutch about veganism. And I was strange as a vegan person. And now you have so many.”

“Very. So the only concern I have is that a lot of people don’t feel it in their heart. But they buy these vegan products. They buy the lifestyle.

"I hope the movement develops from peoples’ hearts, and that they really understand what the need for sustainability is.”

Afterword – some extra reading and thoughts for curious minds...

In her role as a trend researcher, Natascha also made her own contemporary version of the catalog. Whole Earth 2.0 – all the city, all the Earth. It focuses on the commons, and on energy, community and food.

A lot is in Dutch, but the below part of the foreword echoes the purpose of the WEC clearly. What strikes me in these words, and throughout my conversation with Natascha, is how similar the trends of our global problems and the search for solutions feels now, compared to when Stewart Brand began the original catalog. Yes we’ve progressed and grown, and yes when you really look at the nitty gritty our challenges aren’t exactly the same. But on some level we still feel unstable, unequal, and seek collective change and alternative ways of thinking and doing.

“As climate collapse, economic inequality, and many other traumas worsen, Heel de stad, heel de Aarde is a welcome source of guidance. It points us to some positive, practical pathways forward. Instead of looking simply to markets or the state for answers, we can begin to identify some compelling alternative options through commons.

"We can begin to collaborate with each other to build new sorts of fair-minded, participatory social systems and infrastructures at appropriate scales.”

“This is the art of commoning – the practice of talking, coordinating, experimenting, and figuring out solutions to shared challenges. It turns out that the path toward building a post-capitalist paradigm does not necessarily require that we go through the narrow channel of politics and policy, though both surely have important roles to play. The commons can originate right now, with us, in particular projects and novel approaches, perhaps in partnership with state authorities who understand the different logic of the commons.”

Carl Sagan is also quoted on a page of his own. Summing up our coexistence on the pale blue dot 🌏 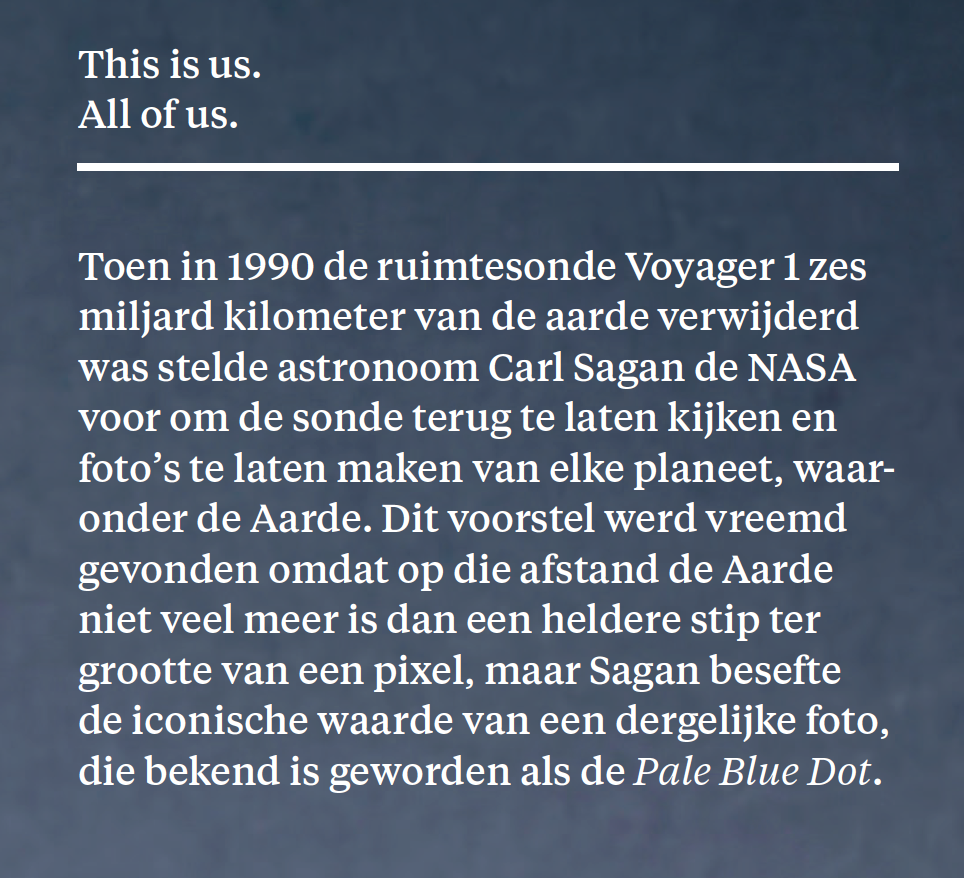 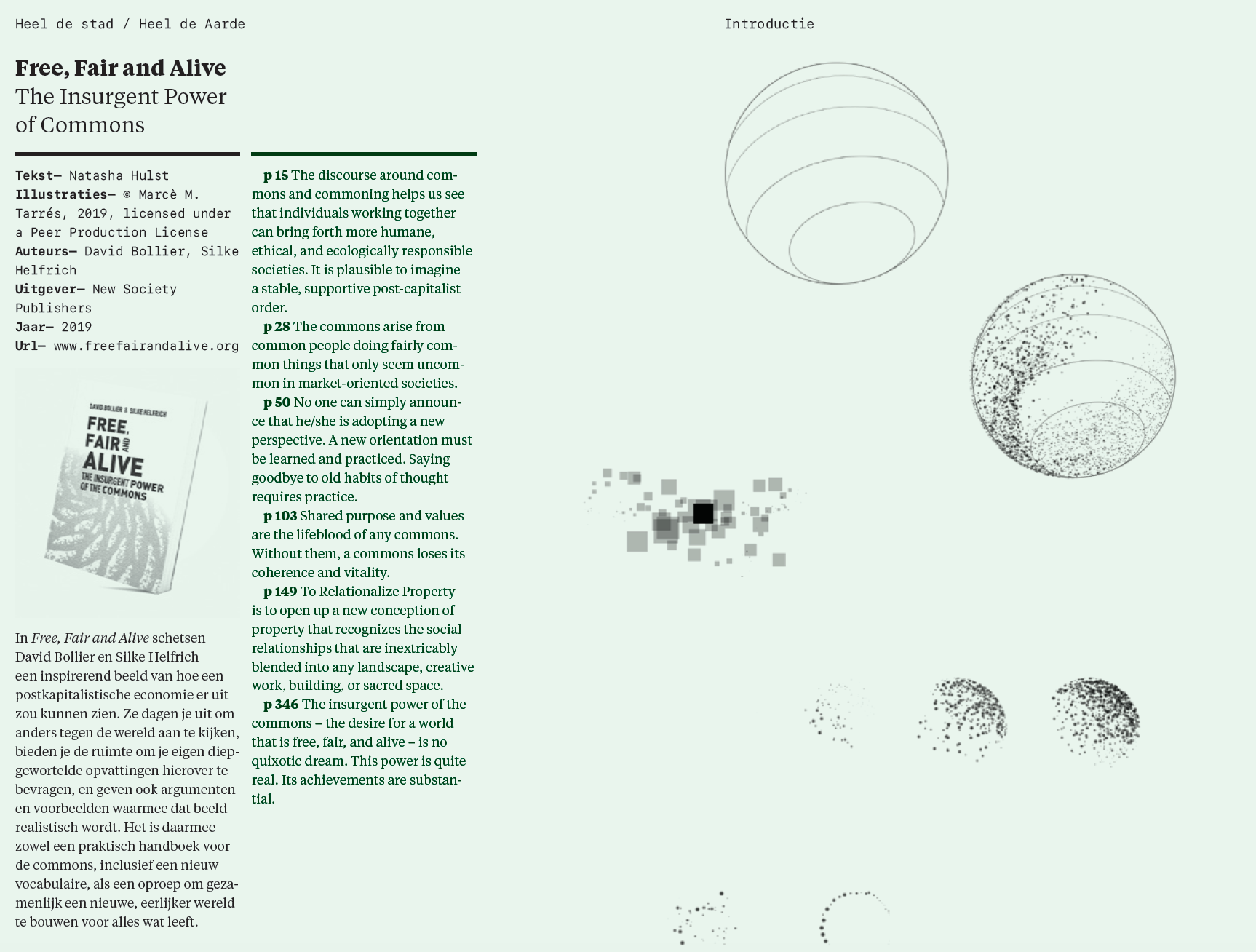 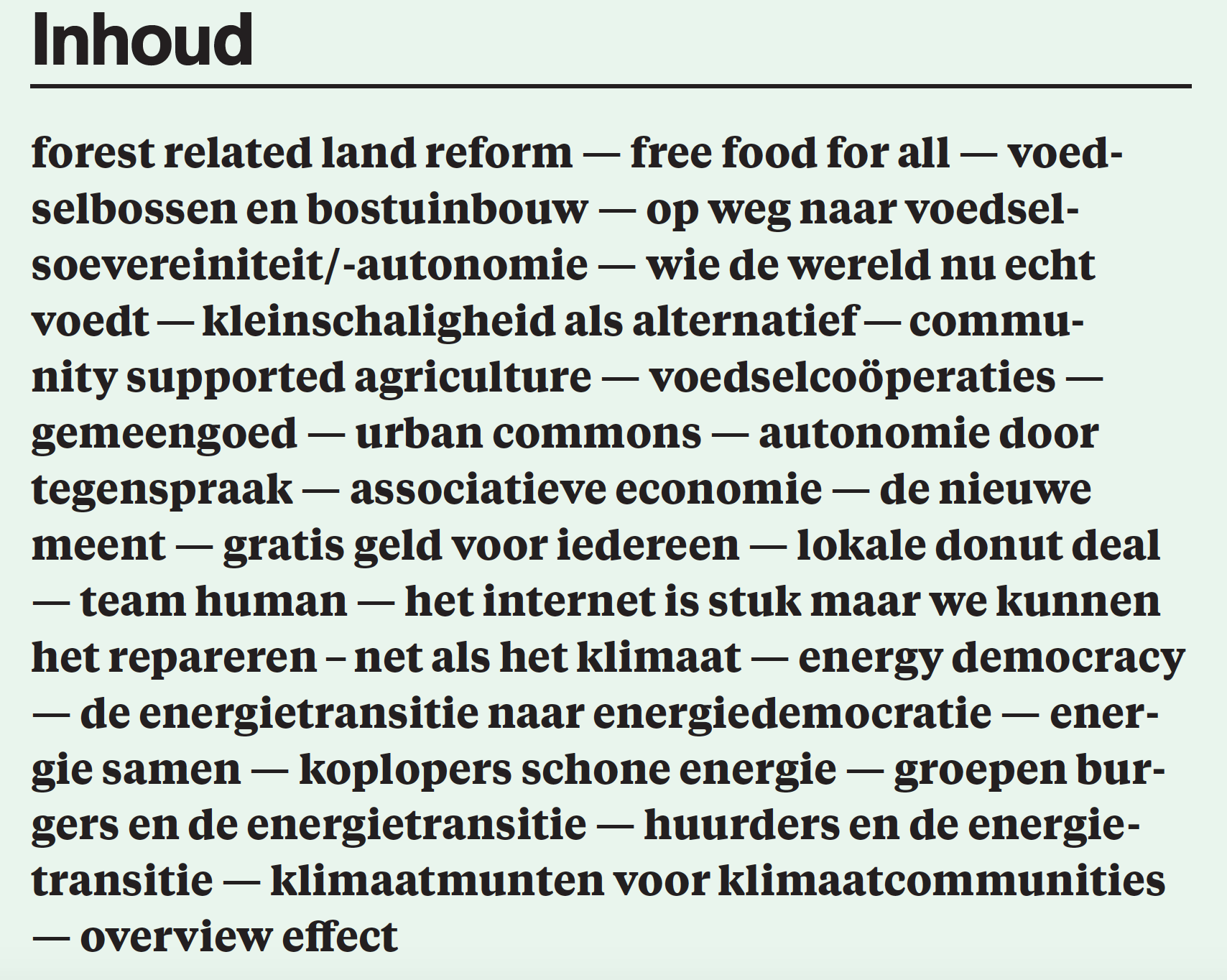 Thank you Natascha for spending the time to share a little about you, your passions and insights.

The power of story

In memories and in the moment